We woke up again to a new and sunny day here in Carebbean. How time flies … now it’s just a few days left of our amazing adventure. You never want it to end and the brutal winter at home, we have not any desire at all to go home. Oh no, no no no! 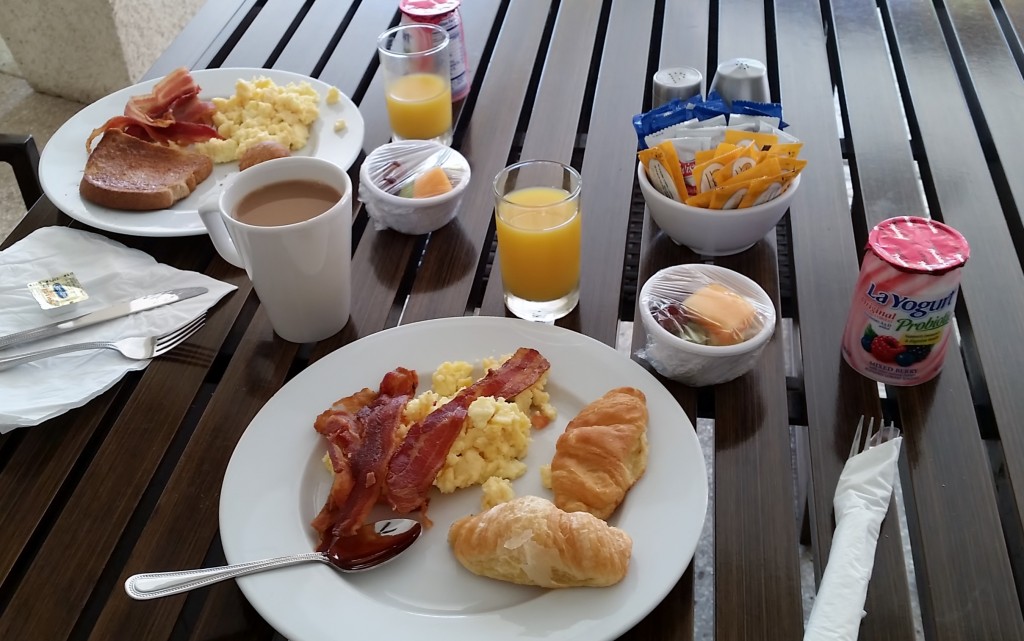 We went downstairs and ate our well-earned breakfast we fought for. We then went up and talked on Skype and then we made ourselves ready for us to go on a little shopping trip, but we felt a little bit unsure which direction to choose.

We went out of the hotel and started to go the other way we passed and arrived at a bus stop. On no, not again! 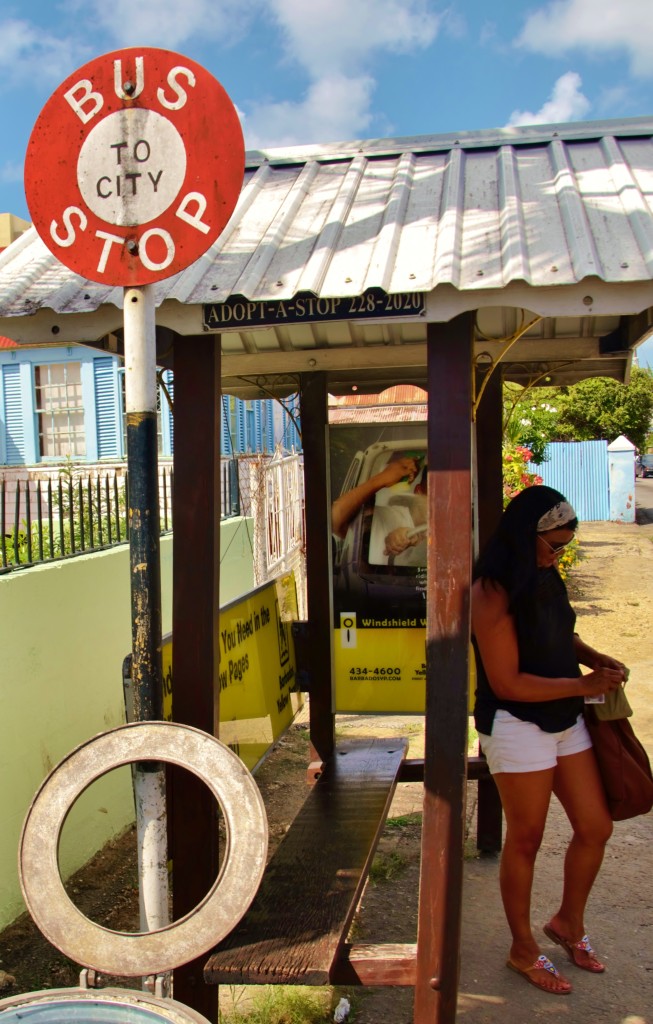 Älsklingen came that we go by bus into town … Said and done, a bus stopped – or rather a kind of minibus – and out jumped a guy and asked us to step into. I was going where? The so-called bus was completely packed with people but he insisted and told us once again to jump in, ”you can fit” so Theresa first, and I was right behind of her. How we got to fit I did not understand, but we arrived at Bridgetown eventually.

Once in town we strolled around and walked down to the harbor to check out all the fishing boats docked there. We got hold of the skipper of Billfischer III and decided with him that we charters he and his boat and will go out on Sunday at 8 am for a fishingtour that will last 6 hours. 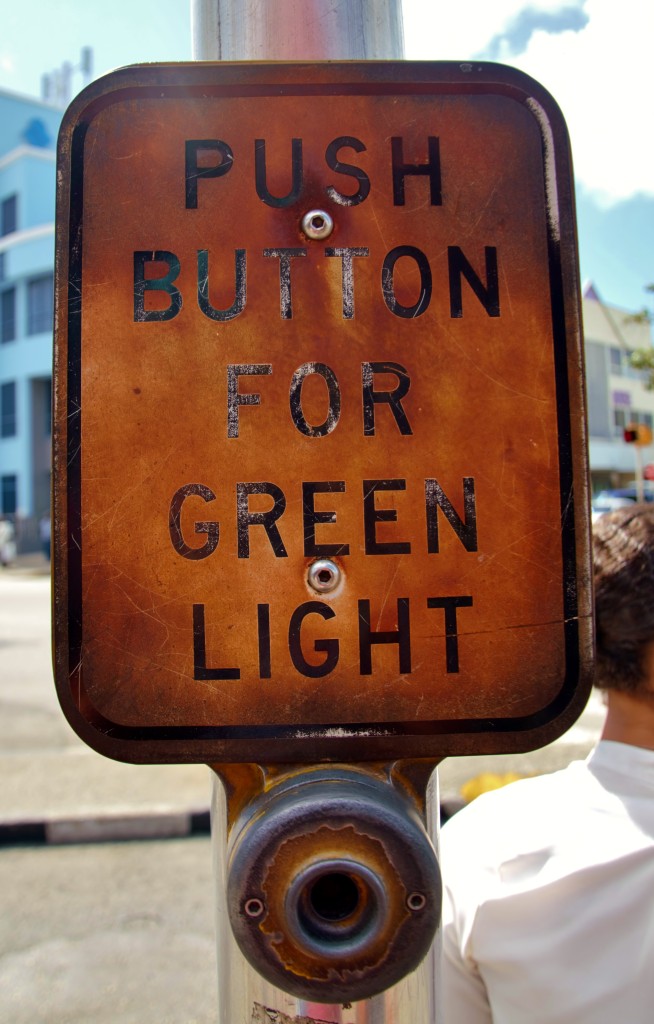 Then we went up to the shopping street and went into a huge department store that had the duty free shop, where we bought some stuff. At the top was a few restaurants so we took a break and had some dinner. We went shopping and got hold of fairly cheap beer and rum and a little snack that we can have the room back at our hotel. Also we bought the coke and where a little surprised because it was cheaper than at home. A half-liter bottle cost 2 Barbados dollars, corresponding to approximately SEK 8. Otherwise it is quite expensive here. We stopped at an outdoor cafe and took a beer, a bottle of 257 ml costing 6 Barbados dollars …! 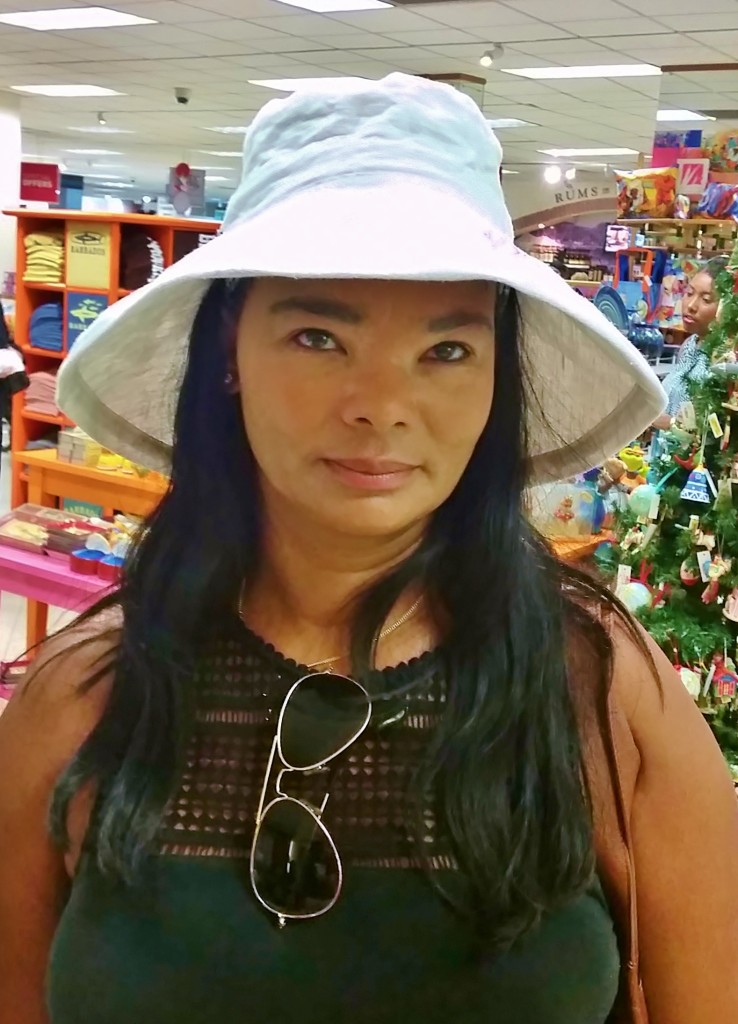 Theresa also went on an adidas shop and bought running shorts … we were supposed to run again tomorrow but we have to wait and see… we are on a vacations you see :-). We repeated the procedure with the bus ride back to the hotel. They run like they have stolen the buses despite that the clock had had time to be shortly before 5 before we were at the hotel again. We switched on, packed some goodies and headed down to the beach. We sat there and waited for sunset. One can only say that the sunsets are a little magic here in the Caribbean, there were a lot of people on the beach watched the spectacle. 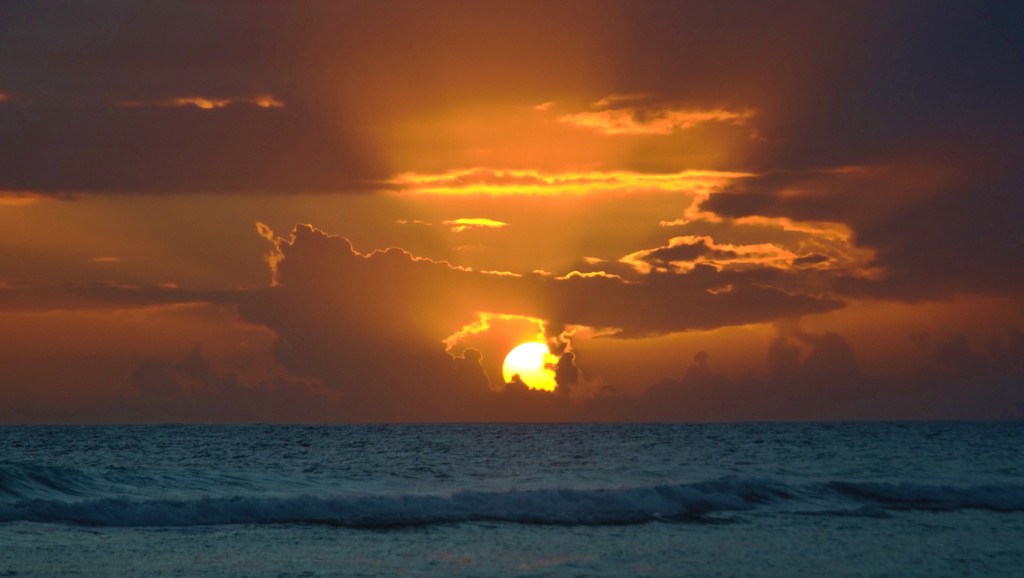 When we got back to the hotel so we went for a swim in the pool in the pouring rain (!) The rain that fell was colder than the pool … We showered and changed and went to a nearby pizzeria. We had some really good pizzas, rounded off with ice cream late home and sandman rocked us to sleep.