Each new day seems like an exciting new adventure. Not as it’s at home at times – it’s enough to wake up for the whole day to be ruined! 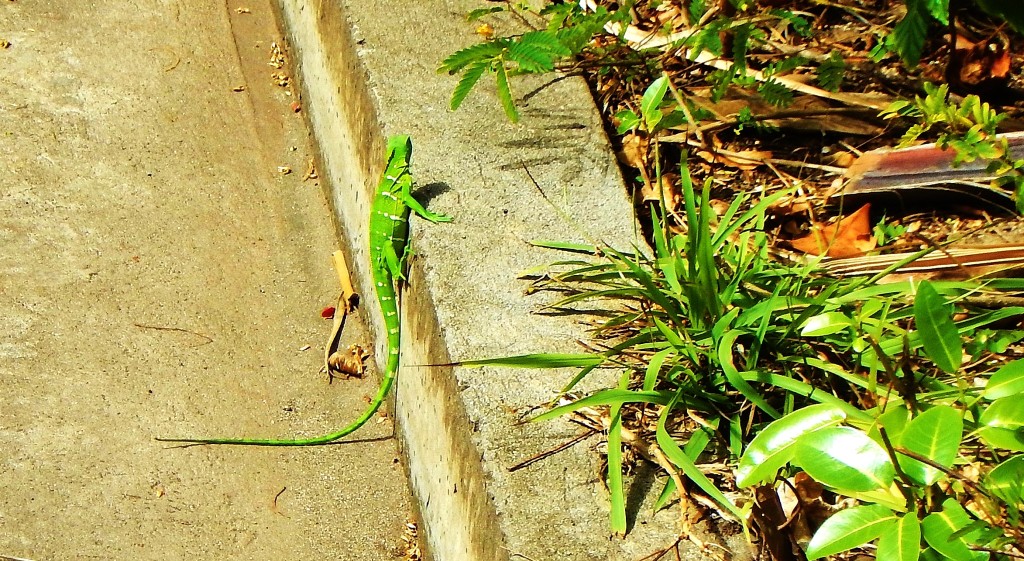 This day we ate as usual breakfast on the veranda at the French House and then packed our stuff. We walked down to the beach house and had the personnel retrieve our luggage. After we were checking out and taken leave of Nicolle and the others we went into Port Elizabeth with Gideon taxi. We spent the afternoon blah lunch at Jack’s which was at the princess Margreths beach. Theresa had heard about their famous tuna salad while I took a hamburger. 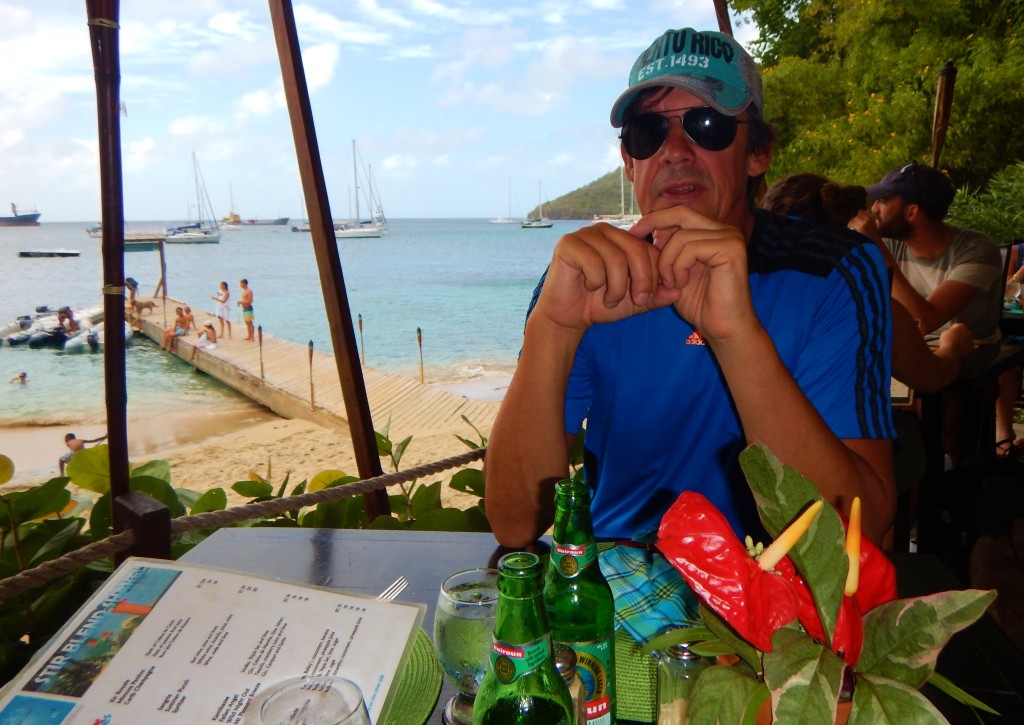 Unfortunately came tuna salad to eventually end up in a black plastic bag on board Jaden Sun. We had a really tough ferry ride to Union Island and the poor älskling not feeling so on good … 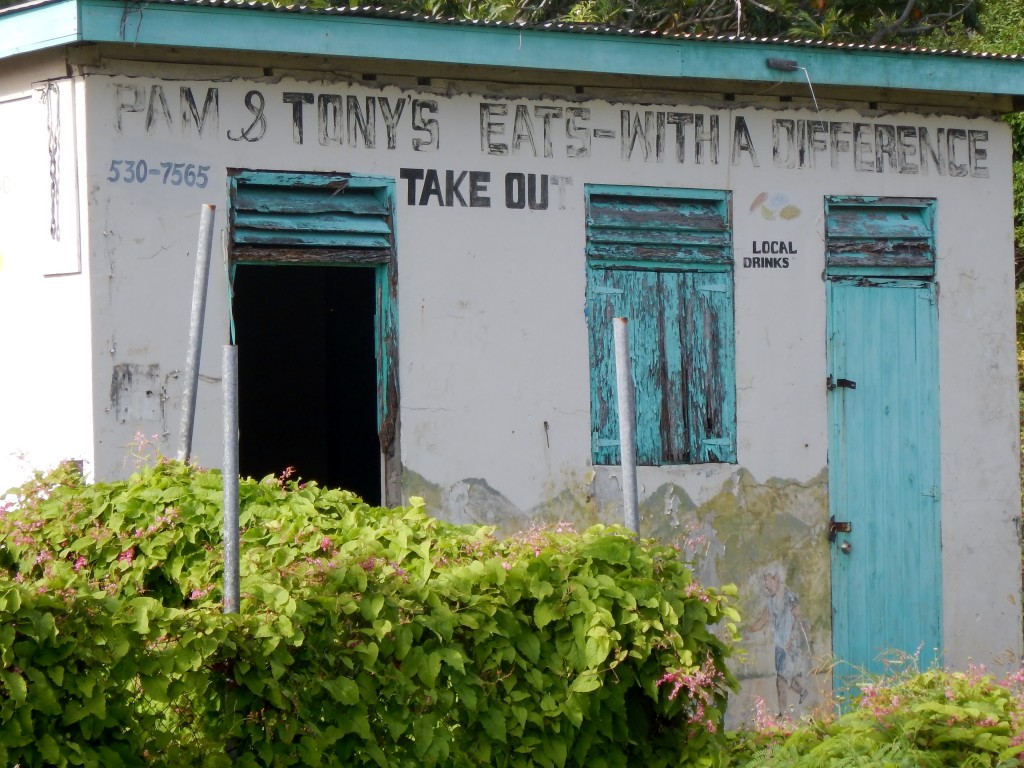 Once upon solid ground, David met us with water and cold towels, and after a short drive we were able to check in at David’s Beach Hotel. We ended the day with a superb 3 course dinner and went to sleep comfortable in too early as usual! 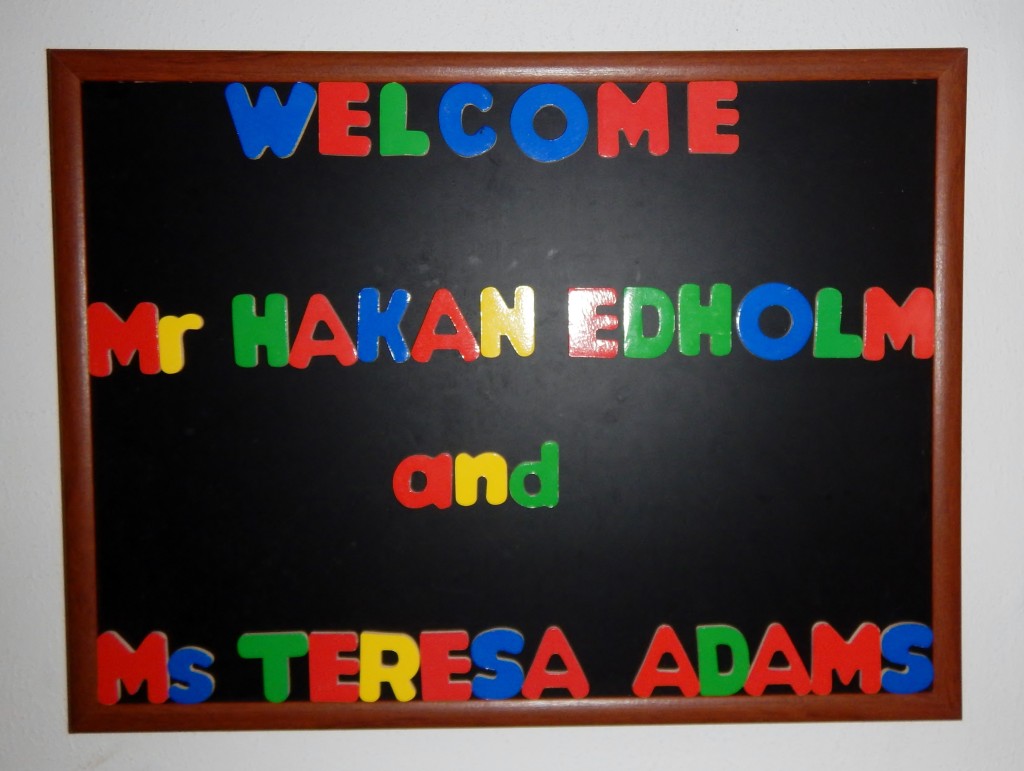