Yesterday we left the luxurious resort of Buccament Bay Resort with a taxi which took us once again through the bustling town of Kingston to the harbour where we would take the ferry Bequia Express to Port Elisabeth. Not only did our taxidriver drive us to the harbour he even drove us on to the pier and reversed into the loading berth of the ferry with us and our luggage!!! Håkan and i just sat in the backseat amazed by all this! As usual the ferry was on Caribbean time so instead of leaving Kingston at 01:00 pm we left at 01:50 pm. 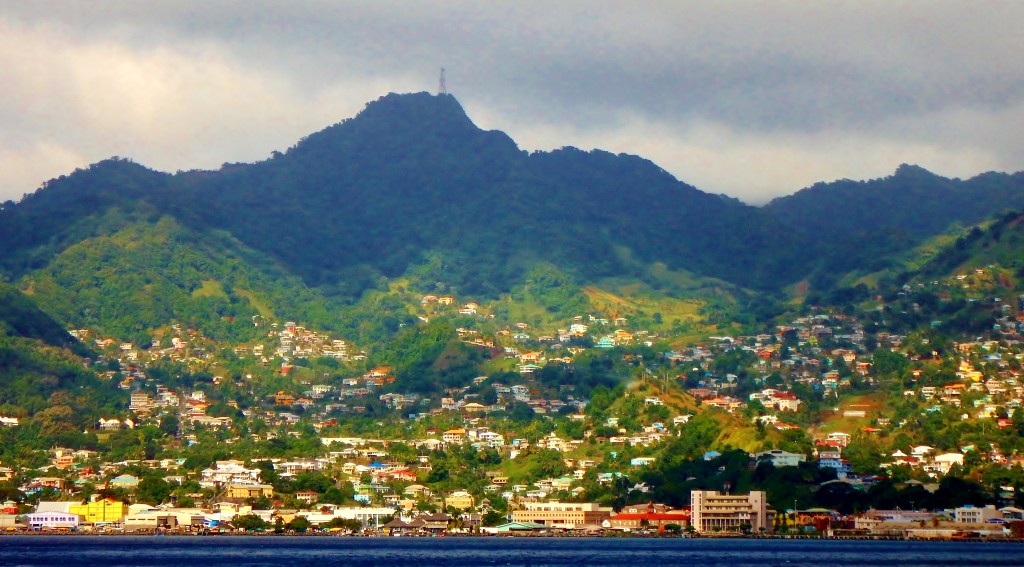 On arrival in Port Elisabeth we were met by Gideon who came on board and helped take us through the crowded lower deck of the ferry where our luggage had been stowed. Thank you Gideon and little Orion!

We rode in the back of Gideons open taxi together with his shy little helper Orion.

On arrival at Sugar Reef Bequia, we were greeted by a host Judith and a welcome drink as well as information about the resort. We were told that our cottage was situated up on the hill in their French House which was 500 meters from the main building which is called the Beach House. A shuttle taxi would transport us up and would be available to us from 10:00 am in the morning until the restaurant in the Beach House closed for the evening. Breakfast would be served up in the French House, lunch and dinner down in the Beach House. All very confusing and new to us since we had not prior information of the arrangement of this establishment. 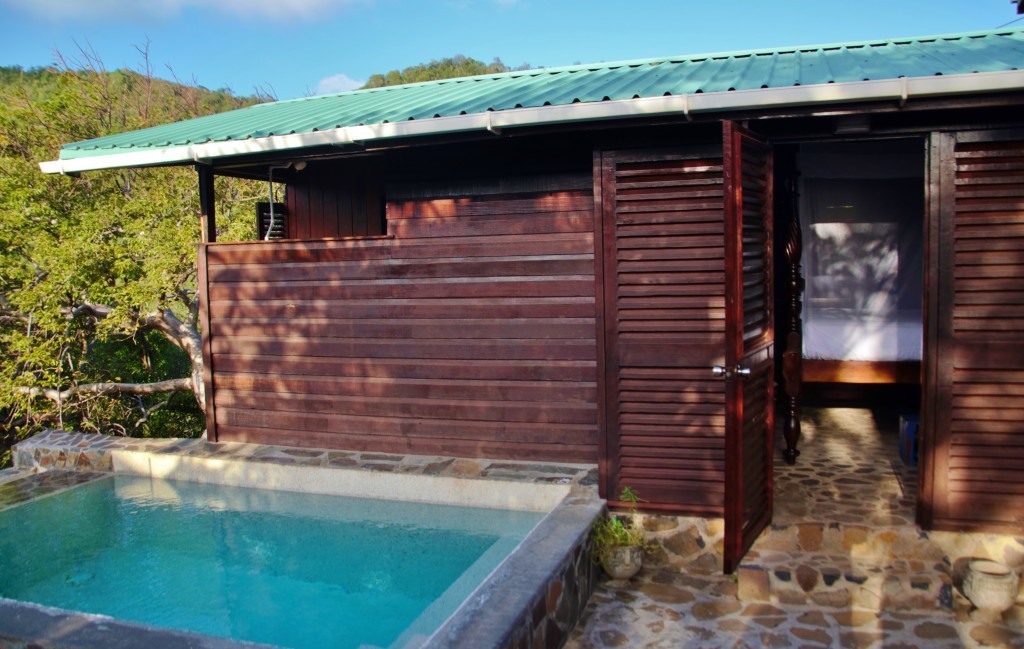 Our ”Cottage” is called the ”Mistress Cottage” and it’s situated at the back of the French House. (The name explains its placing). Mistress Cottage is an open-air cottage which is basically open to the ”Wild life”. I don’t know how many lizards and beatles we are sharing this cottage with but they run constantly in and out the shutter-walls and open windows. Thank god for our mosquito net! I don’t know how we would have been able to survive the next 3 nights without it. It feels like we are living in a modern version of Robinson Crusoes cottage…. But this is part of paradise and a new experience for us. I said to Håkan we are going to have to inspect our luggage on our departure from here.

The dinner down at the Beach House was absolutely delicious, Håkan had a spicy Beef with Stir fried vegetables followed by Warm Crumble fruit and Vanilla ice-cream. I had Lobster Rotis followed by the Chefs delicious Key Lime pie. We had an early night since we were so exhausted. We woke up several times during the night because of the raging storm outside, we actually felt the rain blowing in…. Hihihi, we didn’t think the shutters would hold the strong wind 🙂